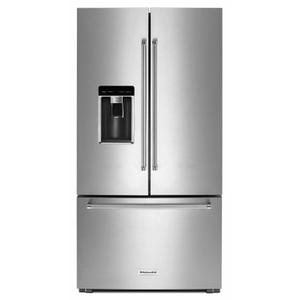 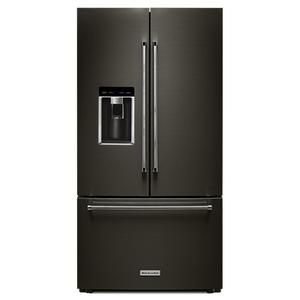 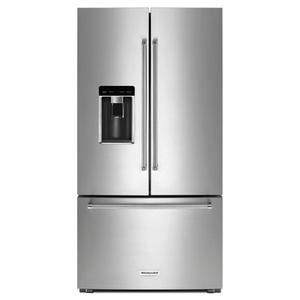 Due to Covid-related factors and consumer demand outpacing supply, the manufacturer has temporarily paused production on this model.

Our Queen City Protection Plus Get the Most Out of Your Purchases.
CHAT WITH US LEARN MORE
Quick Specs 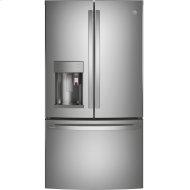 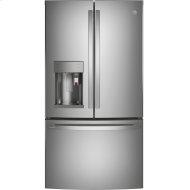 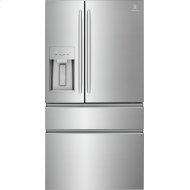 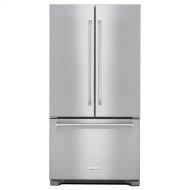 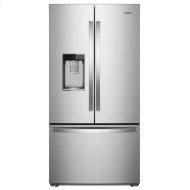 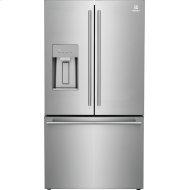 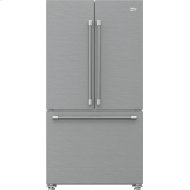 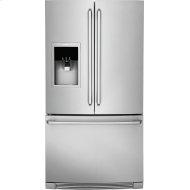 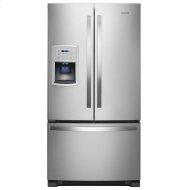 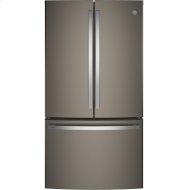 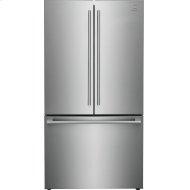 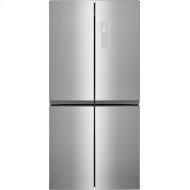 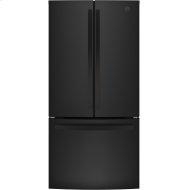 Kitchenaid: KitchenAid Make It Your Own Rebate
Valid from 01/01/2023 - 06/30/2023
Shop models included in this rebate. ⇒
Receive up to a $2000 rebate with purchase of qualifying KitchenAid Brand Appliances.

Open the largest capacity counter-depth refrigerator in its class and discover a beautiful platinum interior and plenty of flexible storage, including a slide-away shelf for tall items and a pan that turns unused space into a prep station. The full-extension self-close drawers, pantry and exclusive pull-out tray let you store moreand find it easily, while the Preserva® Food Care System with Linear Compressor helps maintain the peak of freshness.

After 4 fridges i finally got one that didnt get condensation around the doors...but did come with some scratches...i cant beleive such an expensive fridge would b made so cheap. I wish i would have gone with a Samsung.

We purchased this refrigerator in June 2017. After installation the water dispenser would never work. We called kitchenaid and they sent out a serviceman who checked out the fridge and said that the water line might not have enough pressure. After we had the waterline tested and discovered we had normal water press. we called kitchenaid back. This time the serviceman said that this was a common problem with the model and that he would have to install a press. regulator valve because the press. was too high coming into the line. However, during inspection of the fridge he discovered the condensate drain tube was completely collapsed and that there was nothing he could do but have KA replace it. That was the end of Aug. and it's now Oct. and we still have not received our replacement fridge. Last week I called costumer service where I was told the delivery co. would contact me the following week to schedule the exchange. I finally receive a call from the company stating they were from Whirlpool. I said that we have Kitchenaid refrigerator. She said, "I don't know the specific details on the model you have, Whirlpool owns Kitchenaid" I understand, just making sure we get the right model. She continues on that they normally don't deliver in our area and would only be available for Sat. Sats are not good for us. She became irritated and said that she would call KA back and have them pick it up for another co. to deliver. I called KA again today to check on the exchange. Over 30mins on hold the agent tells me that the delivery co. tried to contact me without success. I said, no we spoke but we're not available on Sat. and the agent said that was the only option for delivery. No,we're not available on Sat! Finally, she says that another co. could deliver on weekdays but would take 7-14 bus. days then tells me to have a good day and immediately hangs up! I can't believe we spent so much money on this junk fridge to be treated like this. Avoid kitchenaid like the plague!

Thought for the price it wouldn't break down in 8 months. Though the refrigerator is beautiful it does not make ice well and the refrigerator went out. Been without a refrigerator for about a month while they wait for the part to come in. Repair person said that this is "common" with this series. Well if its common it seems that Kitchen Aid would reach out and replace the board before it becomes a problem. Very disappointed would not recommend this refrigerator. Or if you want you can buy mine so I can get something that might actually work.

Yes, I would recommend this to a friend.

I bought this a few weeks ago because kitchenaid seemed to be the best for the money. There were some significant bad reviews but I hoped that I would get a good one. I love the layout and the french doors. On day 4 after I emptied the ice maker for a party the ice maker in the door started dripping. I called the installer who came out and said some ice got stuck and now it was not working. Kitchenaid is sending a repair person this week. Not happy!

Had this about a month. Pretty but makes a constant high pitch frequency sound (NOT THE COMPRESSOR). has since day 1. 3 Service appointments later and a changed board...no fix. KA tells the factory service person that the engineers know of this issue but don't know how to fix. Really? KA "recommends" to order a new door, which happens to be on backorder, AND will take 6 weeks to ship to my house, maybe longer. So here I am, one month with brand new $4k + refrigerator that emits a sound that drives me crazy (to the point I can't be in the kitchen without other noise to drown out) that I have to live with for maybe 2 months? Nice. Imagine a piercing dog-whistle like sound ALL THE TIME. I'd like a new refrigerator...period. For as much as this thing costs, that's what I expect.
0-5 of 119 Reviews ◄ | ►

Welcome to our website! As we have the ability to list over one million items on our website (our selection changes all of the time), it is not feasible for a company our size to record and playback the descriptions on every item on our website. However, if you are an American with a disability we are here to help you. Please call our disability services phone line at 704-391-6000 during regular business hours and one of our kind and friendly personal shoppers will help you navigate through our website, help conduct advanced searches, help you choose the item you are looking for with the specifications you are seeking, read you the specifications of any item and consult with you about the products themselves. There is no charge for the help of this personal shopper for any American with a disability. Finally, your personal shopper will explain our Privacy Policy and Terms of Service, and help you place an order if you so desire.